As a designer or marketing professional, you may want to duplicate or ‘clone’ an aspect of an image.

The Pixlr clone stamp tool allows you to select a target point within an image and then duplicate that point elsewhere on the canvas.

Let’s use the image below as an example. We are going to manipulate the image so that there are two robins rather than one. 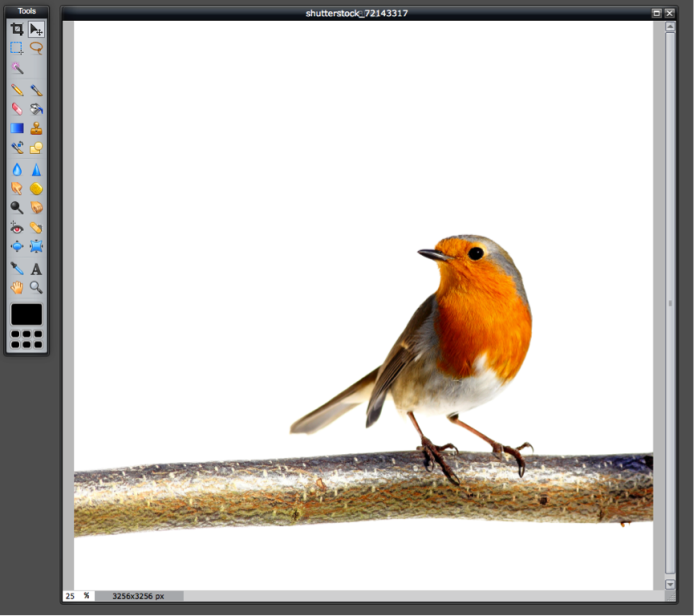 To simply copy and paste the bird would be tricky, and provide poor results – especially if there was a background.

The clone stamp tool will duplicate the entire canvas but works like a brush; you can drag the stamp to include more elements around your target.

Begin by selecting the clone stamp located half way down the tool bar. Next you will need to pick a target. In this instance we only want to copy the bird so we will need to place our location marker as close as we can to the bird. Hold the command key or the ctrl key and click to select a target.

Now it is time to insert the image that you have copied. You will need to begin to click and drag your cursor over the area where you want the image.

As you drag your cursor you’ll see the image duplicated. Make sure you don’t release the left button of the mouse, or the cloning will restart from the target point, causing a general mess.

The process is quite easy, but to get it just right you’ll need to be careful.

If you have an eye for detail then you might notice the cloned image is very nearly perfect, but not quite. The foot of the new bird is hovering slightly and the new branch near the foot doesn’t quite match up.

To tidy everything up, follow the same process as before. Select the clone stamp tool, use either the command or control key to set your target. Slowly but surely begin to paint over the branch to make this image look perfect.

As you begin to work more closely with the bird itself, it’s likely that you will require a smaller brush in order to neatly fill in those white or inconsistent spaces. The softer brushes will blend in better with the background, whilst a hard brush will create unattractive harsh lines. 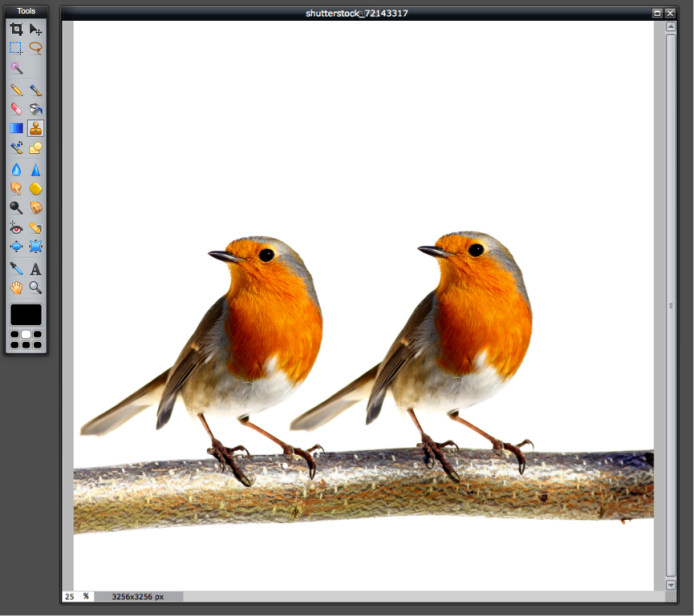 When done well, you can barely tell that an image has been altered. It works very well to remove small areas of a canvas, to airbrush skin, and, as we’ve shown, to duplicate aspects.